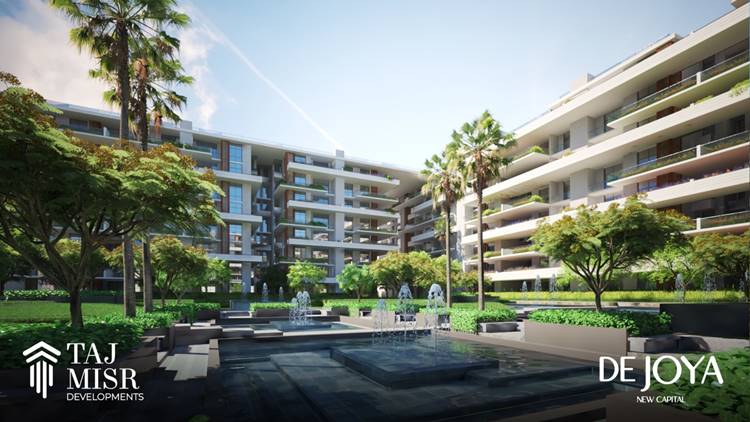 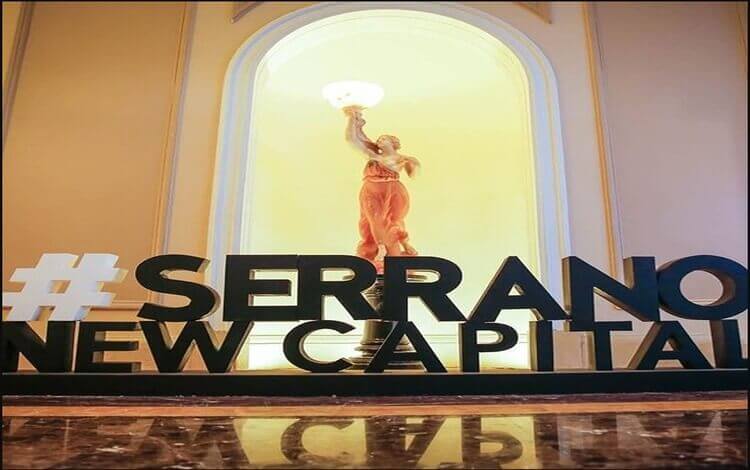 All details you need to know about Midtown Condo new capital 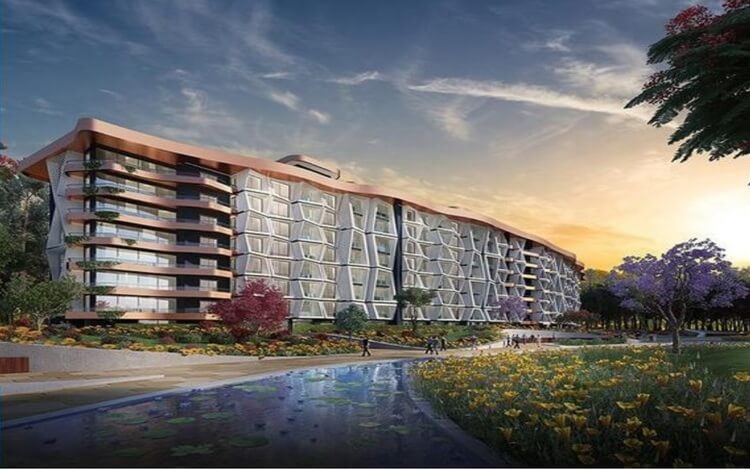 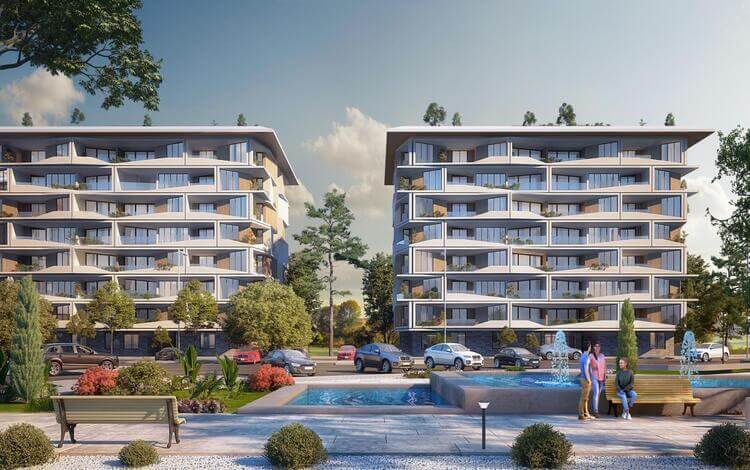 your guide for living in Atika New capital compound 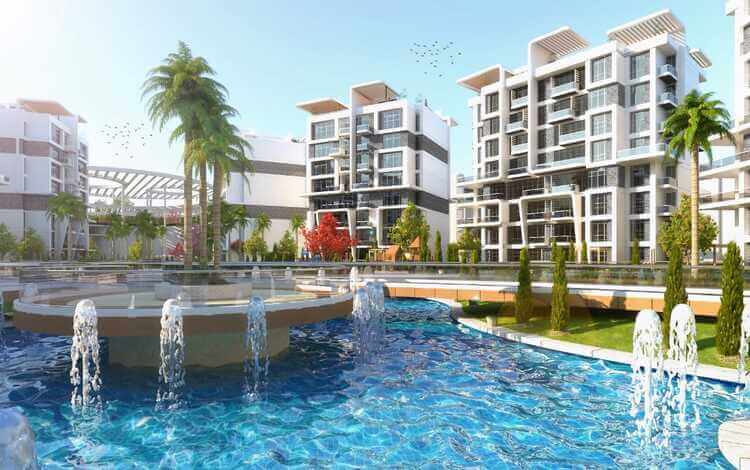 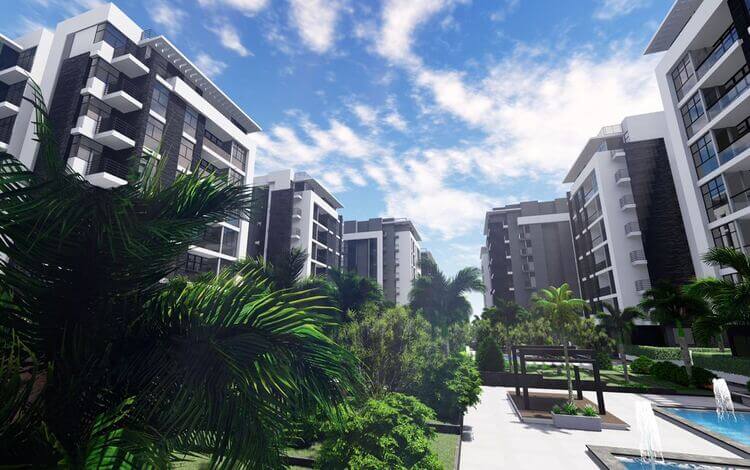 Why you should buy in PUKKA New Capital 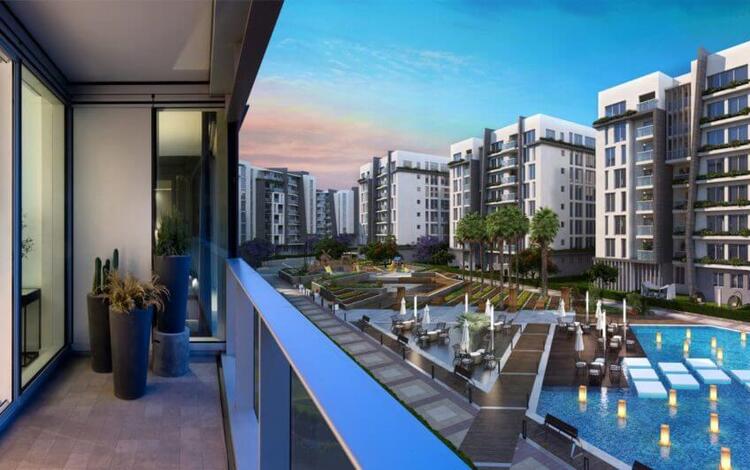 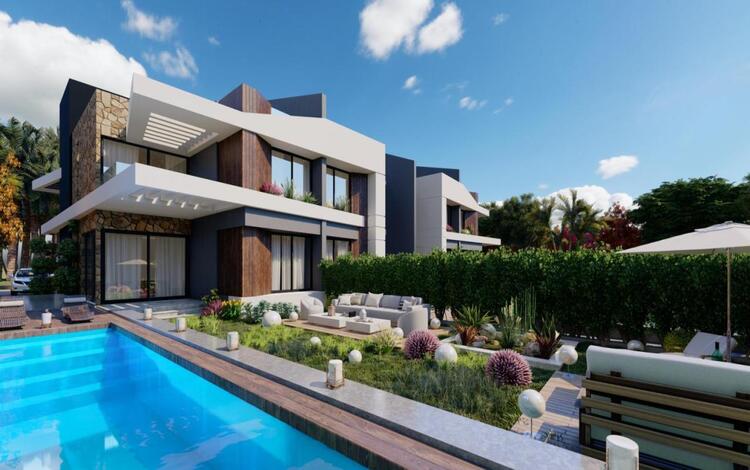 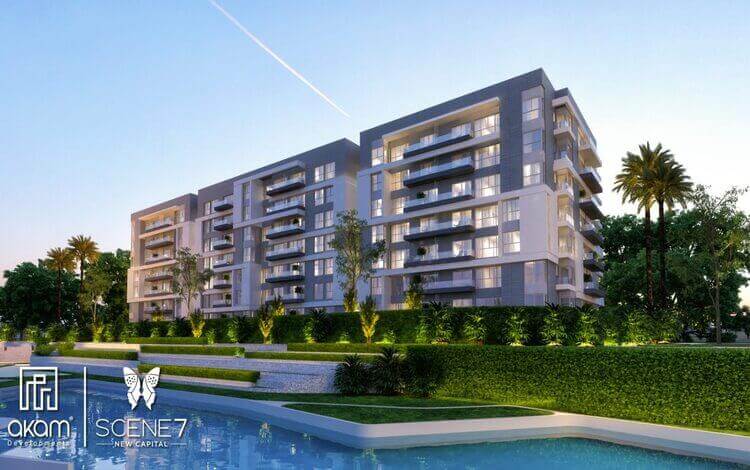 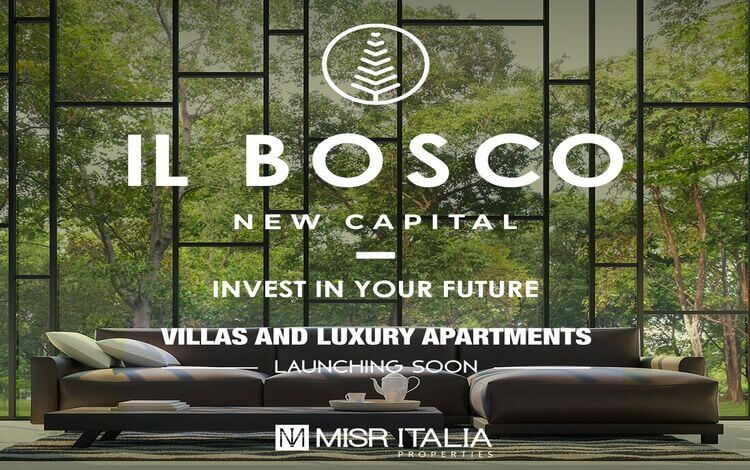 New Capital city is one of the fourth-generation cities that occupied the government’s largest attention after President Sisi Abd El-Fattah announced the city’s launch in 2015.

New Capital City is meant to transform the population percentage from Cairo into a new competent space, the new capital city, that is provided with the greatest living potential.

The New Capital City is designated to be Egypt’s number 1 urban community that is featured with its super-opulent designs and comfy lifestyle.

The Government set a clear scheme for the new capital that represents the integration concept as the main theme for the city through off-shooting or moving the most important amenities in Cairo to the new city such as ministries and the new legal facilities.

The Government decided to build the new city East of Cairo on the Badr city Border, specifically on the kilo 35th between Cairo Suez Road and the Regional Ring Road.

The New Capital city is set sprawling 715 km2 and expected to habit around 6.5 million persons.

What makes the new capital city a strategic spot is its high nearness to the main roads in Egypt which is a plus for whoever is hired outside the city as he/she will arrive within minutes.

The Government collaborates with joint and top leading construction companies in Egypt to build and design the city according to the high modern standards, such as Talat Moustafa, Arab Contractors, Hassan Allam, Concord, and Wadi El Nile for contracting and real estate investments.

The total space of the New Capital city is 700KM, which is a copious space to inhabit more than 6 million persons.

The Master Plan of the New Capital City includes three main phases, the first phase, 40,000-Feddan land, is expected to populate around 6,500, the second phase is constructed in 47,000 Feddan, and the space of the third phase, the largest part, is 97,000 Feddan.

The developing companies endeavour to deliver the diversity of the perfect unit that fits people’s different needs, such as Townhouses, Standalone villas, and apartments.

The New Capital City is divided into four main sections: the residential section, the administrative-based section, the business district, and the cultural district.

The residential part that occupies around 67% of the total city space is designed in alignment with the modern urban techniques immersed with the Egyptian elegant classism.

The New Capital city is meant to diminish the congestion in Cairo by creating real-life work possibilities which can only be done by pushing the investments cycle and encouraging entrepreneurs to take their next move in the capital city.

Also, shifting the main amenities in Cairo to The new capital has a main role in people’s willingness to move to the city.

The New Capital city is mentioned on the top list of the Fourth-Generation cities in Egypt.

Fourth Generation city is a contemporary terminology introduced to the Egyptian market as a practical solution to minimize the population through providing fully-integrated communities.

The profitable collaboration between the government and Egypt’s best constructing and planning companies was successful cooperation through which the New Capital city has become a fully-served community.

If you are willing to invest in the New Capital City utilizing the distinctive unbeatable potential provided in the city, it’s better to be fully aware of all its essential and luxurious services.

The incredible amount of investment dedicated to education services qualifies the city to be the best education-based city where international schools and top universities have offshoots there.

Top universities and schools in the new capital city provide an exceptional level of modern curriculum that is perfectly supervised by a professional group of masters.

However, parents and new couples have a great potential to pick the perfect education system for their children from a wide selection of universities and schools.

The New Capital City is classified with its huge investments in medical services that amounted to 25 billion.

Capital Mid, or The medical city, is meant to take the medical profession in Egypt to the next level through highly advanced tools and machines. Also, the critical selection of the city staff from doctors and nurses grans residents a high care services.

To cope with the resident’s lifestyle, the master plan of the new capital city gave much attention to fitness and sporting games through sporting clubs and fitness hubs.

The sporting city is one of the top important features of the city that is constructed on a massive space of 93 Feddan where all types of sports are available. Also, The new capital city contains four football playgrounds.

The provided Entertaining services in the New Capital City are meant to contribute to alleviating the daily stress of residents.

The entertaining activities provided by the New Capital City are considered a good opportunity for whole the family members as it suits different ages such as Play kids areas for kids, restaurants for adults, and cinemas and landscapes for aged people.

The Egyptian government is keen to represent high learning potential to enrich the cultural background of the City residents through providing different top-notch education sources including Expo Land, the knowledge hub, and the City of art and culture.

Knowledge Hub, constructed on 300 Feddan, comes in second place due to its influence on enriching the cultural level in Egypt.

The art city is one of the most brilliant culture-based buildings in Egypt that is meant to revive the Egyptian traditional arts and the contemporary arts. The New Opera House is one of its landmarks.

The New Capital City is featured with its intense smart security system that grants residents high levels of safety through:

However, the fact that the new capital city includes the top Egyptian ministries adds an extra layer of security.

Compounds in The New Capital City

Midtown Condo is a well-known residential project for Better Group company for construction that was recognized for its contribution to developing spaces in the city.

Midtown Condo Exceptional design is meant to simulate the modern European lifestyle where the high opulent buildings and the wide green spaces are blended. Note that 120 Sqm is the minimum space for a small unit in a Midtown condo.

MidTown Sky is classified as one of the most prestigious compounds in the new capital city that offers high-class services including a gym, Medical centres, a Sporting club, a restaurant-based area, and natural views.

Midtown Sky is meant to meet customers’ expectations by providing different types of units with varying spaces starting from 90 SQM for a small apartment to 350 SQM for a Town middle villa.

Midtown Villa compound is constructed on a 45-Feddan land where numerous services were launched, including swimming pools, a sports club, a medical centre, a shopping mall, and a food corner area.

Midtown Villa is featured with a one-of-a-kind architectural design that brings customers the highest means of elegance.

The average unit space in Midtown villa starts from 200 SQM for a twin house and up to 400 SQM for standalone villas.

Pukka compound is constructed on a wide space of 40 Feddan that includes around 1696 units with different types and spaces.

The available residential units in Pukka are penthouse, roof-based units, apartments, and duplexes.

112 SQM is the minimum space provided for a small apartment and ranges up to 227 SQM.

Castle Landmark is one of the buyer’s first choices because of its strategic location, less than 20 minutes away from the airport in the administrative city.

Castle landmark enables interested people to get their unit with 0 down payment which is a great advantage for many.

Castle Landmark offers different spaces for its units starting from 120 SQM to 300 SQM.

of the most livable spots in the New Administrative city granting customers an exceptional fully-served housing experience.

Atika compound is one of the flagship projects of New Plan company for Development that managed to select a livable spot in the G1 area near the diplomatic district.

Atika compound is featured with its manageable payment plans that extend the payment period with a small down payment for more facilitation.

Atika provides both Commercial and residential units in perfect multiple spaces that enable customers to utilize and reshape its division. 70 SQM is the minimum space.

De Joya 3 compound strategic location is spotted 10 minutes away from the Opera House.

De Joya 3 includes a wide selection of housing options in which customers with different tastes can find their favourite unit. These types are Duplex, Sky Villa, De-Joya Villa, and studio.

il Bosco city new capital compound is one of the best choices for customers in New Capital City because of its captivating lush greenery landscapes.

Scene 7 compound, a 40-Feddan high luxurious compound, was launched by Akam company with a clear vision of representing a new housing experience where the breathtaking landscapes are the main theme.

Living in Scene 7 compound grants you a strategic location near the diplomatic district and the green river, the compound is located in the G2 area.

The available units in Scene 7 are provided in different spaces ranging from 124 SQM To +240 SQM.

What makes Point 11 Mall one of the best New Cairo entrepreneurial projects is its space which amounts to 7,000 SQM. The Mall is located on G1; one of the most livable areas in New Cairo where people are willing to spend.

New Plan Company, a property developer with a portfolio based in New Cairo, announced the availability of free units for sale in a 5-year instalment.

Mega Mall New Cairo is one of the well-known Malls located on the Mohamed Abo Zied axis, the land space of the mall is 140 Feddan.

Pyramids company announced a smart instalment plan for those who are willing to start a new project in New Cairo that extends up to 10 years with only a 5% Down Payment.

The offered commercial stores by Pyramids company start from 25 SQM.

Zaha Park Mall was developed by Home Town development on a considerable space of 7,200 SQM to be one of the most remarkable Malls in New Cairo.

Zaha Park Mall is located on a strategic commercial spot in “MU-23” where other stores are brands offshoot which guarantees more visitors.

The Company offered different stores for sale in different spaces that start from 12 to 283 SQM to support small projects.

Purchasing a unit in Zaha Park Mall required paying a 20% down payment, and the remaining can be paid within 8 years.

In B1 Area, Front Gate Mall was launched by The New Capital company for development and housing on 4,500 SQ.

The New Capital company announced its commencement of receiving people’s required to purchase a unit in Front Gate in a 10% down payment.

Builderia is the responsible company for this massive project that was constructed on 23,000 Meters in one of the most strategic spots in CS26.

The commercial units in Paragon Mall are featured with its super easy payment systems that allow paying only 10% of the total cost and paying the rest over 8 years.

Edge company selected the financial district to be its prime location for its commercial mall, Sixty Business Park Mall, which is located in front of the official bank.

Interested buyers can alleviate their business by buying a commercial unit paying only 10% as a down payment and paying the rest over 7 years.